How to read a box plot/Introduction to box plots

Box plots are drawn for groups of W@S scale scores. They enable us to study the distributional characteristics of a group of scores as well as the level of the scores.

To begin with, scores are sorted. Then four equal sized groups are made from the ordered scores. That is, 25% of all scores are placed in each group. The lines dividing the groups are called quartiles, and the groups are referred to as quartile groups. Usually we label these groups 1 to 4 starting at the bottom. 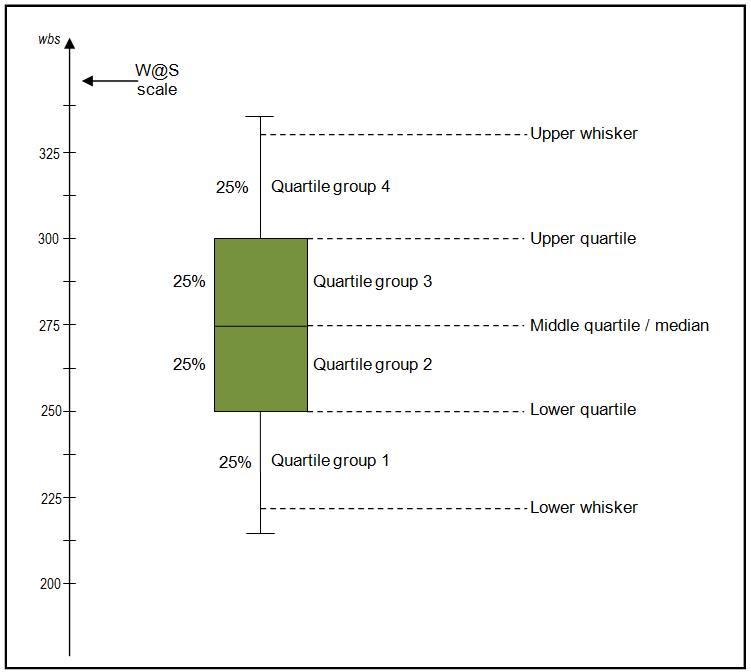 Median
The median (middle quartile) marks the mid-point of the data and is shown by the line that divides the box into two parts. Half the scores are greater than or equal to this value and half are less.

Whiskers
The upper and lower whiskers represent scores outside the middle 50%. Whiskers often (but not always) stretch over a wider range of scores than the middle quartile groups.

Box plots are used to show overall patterns of response for a group. They provide a useful way to visualise the range and other characteristics of responses for a large group.

The diagram below shows a variety of different box plot shapes and positions. 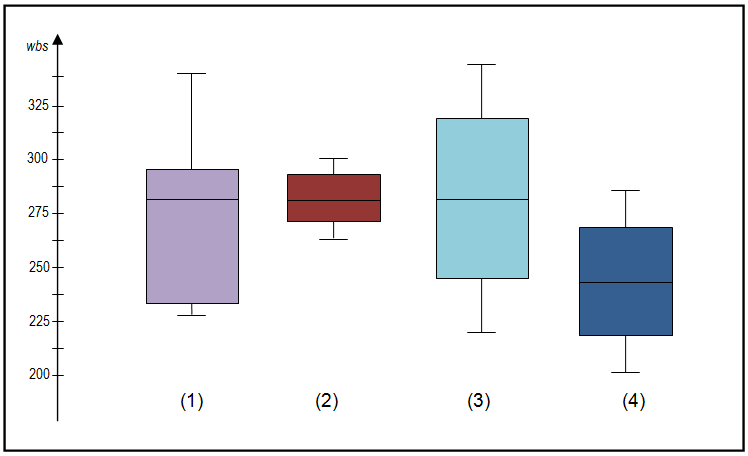 Some general observations about box plots